Like all societies, America has had its shameful chapters of history. Most of us go about our lives believing that those times, and the evil they brought, are behind us — but a new museum in Florida is a painful reminder that they are not. As reported recently in The Nation and on NPR.org, the Coalition of Immokalee Workers (CIW) has created a mobile museum — now touring Florida — that tells the story of the exploitation, harm, and criminal acts suffered by migrant workers in this country. Housed in a 24-foot replica of the box truck where a dozen farmworkers were held captive between 2005 and 2007 and forced to work the tomato fields of Immokalee, in Southern Florida, the Modern-Day Slavery Museum recounts seven cases of farm labor servitude. These cases — successfully prosecuted by the U.S. Department of Justice — were not from centuries past, but just within the past 15 years. 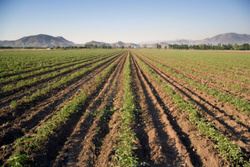 For visitors, the museum serves as a wake-up call, too, demonstrating the terrible plight, negligence, and horrific conditions endured by so many migrant workers — and in Immokalee, in particular. There, a group of babies were born a few years ago suffering horrific birth injuries — all of them to mothers who worked tomato fields that had been sprayed repeatedly with what one expert called a “witch’s brew” of pesticides.

One of those mothers was Francisca Herrera, a young illegal alien who worked the tomato fields of Ag-Mart Produce, Inc., and was heavily exposed to the pesticides during the first trimester of her pregnancy — without, it was alleged, proper safety precautions. Her husband, Abraham Candelario, worked the same fields, during the same time. In December 2004, their son Carlos — known as Carlitos — was born with tetra-amelia, a rare disorder that left him without arms and legs. It was a birth injury that occurred long before Carlos was born. And one that will require a lifetime of care.

Carlos will get that care, thanks to the tireless efforts of his parents and Andrew Yaffa, the Florida birth injury lawyers at Grossman Roth, P.A. They brought suit against Ag-Mart, demanding not just justice for Carlitos, but responsibility instead of negligence — changes in the way pesticides are used so that no other child needs to suffer such a devastating birth injury. The recovery the Grossman Roth injury lawyers obtained will guarantee that Carlos gets the medical care he will always need, for a birth injury he never deserved. And just as importantly, it’s helping to change a broken system. In response to the case, Florida officials have added agriculture inspectors and Ag-Mart agreed to stop using five pesticide products connected to developmental problems in lab animals.

The museum — and Carlito’s case — reminds us of one good thing, too: that when people have been exploited, when they have suffered harm at the hands of someone else’s negligence, there is hope, too. Hope for recovery — and for justice.