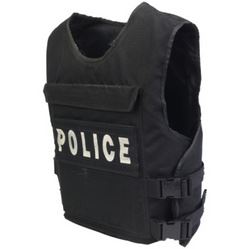 It was dangerous work: A dozen police officers, search warrant in hand, prepared to enter the house of a man believed to be hiding a stash of child pornography, and maybe drugs, too. But the officers gathered that morning six years ago, on Aug. 19, 2004, were used to dangerous work—and to relying on their superiors to give them the resources and protection of the situation warranted.

This time, however, they didn’t get it.

The first Broward County Sheriff’s (BSO) deputy to go through the door that morning was Todd Fatta, a 33-year-old former military policeman and a nine-year veteran of the department. He had just learned of the assignment the previous night and didn’t know much about the man inside the house. But his supervisors at the Sheriff’s Office did.

The man inside was Kenneth Wilk, who had a well-documented history of making threats against law enforcement officials—and for possessing an arsenal of rifles and handguns. He was a man with a grudge and lethal gear. In cases such as this, a police department would typically send in a SWAT team, which would be equipped and trained for exactly this kind of scenario. The Broward Sheriff’s Office didn’t do that.

When Deputy Fatta entered the house, Wilk was waiting for him. And he didn’t surrender. Using one of the guns he had stored throughout the home, he took aim at Fatta. The high-caliber projectile Wilk fired penetrated Fatta’s Kevlar vest and nearly put a hole through his heart. Todd didn’t live long after that.

They asked for answers—and didn’t get them. So they took another approach: hiring Miami wrongful death lawyers Grossman Roth to assist them. If the answers wouldn’t come voluntarily, then they’d have to come by force, as part of a wrongful death lawsuit.

The case was clearly a wrongful death, but it was a tricky one, too, since it required Fatta’s family to sue the very agency he had worked for, and such lawsuits are typically limited by sovereign immunity and worker’s compensation barriers.

But by leveraging their experience in wrongful death lawsuits and combining it with innovative legal arguments and old-fashioned hard work, Grossman Roth partner Andrew Yaffa was able to get around the obstacles—obtaining a recovery in excess of the sovereign limits that exist in Florida.

Indeed, the case highlights the first time to the firm’s knowledge that a police officer has been able to sue successfully and recover against his own department for injuries and/or damages suffered in the line of duty.

Deputy Fatta’s superiors may have failed him—but the law didn’t.