Despite Efforts to Eliminate Them, Medical Errors Continue at Alarming Rate
May 02, 2010
By Grossman Roth Yaffa Cohen 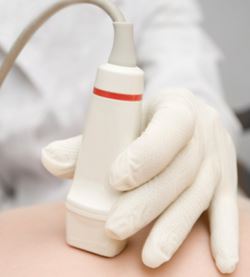 Accidents happen. Unfortunately, so does medical malpractice—more than you might think.

After a 1999 report by the Institute of Medicine noted that the number of medical-error deaths equaled the death toll from three jumbo-jet crashes, a patient safety movement took off, bringing new rules and procedures designed to minimize mistakes—and the injuries and deaths they caused. But it hasn’t been a resounding success.

Even today, wrong-site surgeries—in which an operation is performed on a healthy organ, appendage, or tissue—are estimated to happen 40 times each week.

Indeed, roughly half of today’s medical errors can be prevented. That was the message of Dr. Robert M. Wachter, a national leader in patient safety when he spoke before the third-annual Lifespan Patient Safety Symposium in early April.

You can be sure Dr. Wachter’s audience was listening: Doctors at Lifespan’s Rhode Island Hospital in Providence had performed five wrong-site surgeries within the last three years, creating needless pain, grief—and medical malpractice claims. The latest wrong-site error, an operation on a perfectly healthy finger, occurred even after Lifespan had instituted new protocols to prevent such a mistake.

That’s really the key point: Rules can be changed easily, but changing behavior can be far more difficult. In too many cases, it finally gets changed only through the efforts of a good medical malpractice lawyer. The mistakes shouldn’t happen to begin with. But when the medical system fails a patient, it’s often up to the legal profession to provide incentive, justice—and recovery.

Case in point: The saga of Lois Poole, a 65-year-old Florida woman. In October 2005, Lois went to see her primary care physician, complaining of acute abdominal pain in her right upper quadrant. Her doctor ordered an ultrasound, which was interpreted by a radiologist, Dr. Tomas Korensky, as showing a diseased gallbladder. Lois was then sent for gallbladder surgery, during which she suffered major injuries to her common bile duct, necessitating 14 surgical procedures.

What turned this case from an accident to a medical malpractice claim was one simple fact: Lois Poole had no gallbladder. She had been born with a condition known as agenesis of the gallbladder—in layman’s terms, she never had a gallbladder. Dr. Korensky had misread her ultrasound, and the surgery she underwent was never necessary.

After suffering such great—and completely preventable—harm, Lois turned to another set of professionals: the Miami injury attorneys Andrew Yaffa and Gary Cohen at Grossman Roth. Since 1988, the firm has built a long track record of obtaining compensation—reaching millions of dollars in some cases—for victims of Florida medical negligence. After four days of trial in Bartow, Florida, the firm settled Lois’s medical malpractice claim in a confidential settlement. It was the end of the case—and the beginning of Lois’s recovery. And, hopefully, a wake-up call to the medical profession.

This news was brought to you by the medical malpractice lawyers at Grossman Roth, P.A. For three decades, we’ve been fighting for—and coming through for—those needlessly hurt by the negligence of others. Proud to be among the most preeminent Miami injury lawyers, we’re prouder still to serve—and help—the clients who come to us for help, relief, and justice.