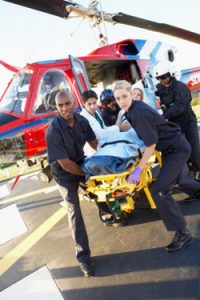 It’s the ultimate irony—and tragedy. A Good Samaritan goes to help a person in distress, and in the process, is injured or killed himself. Worse still is when the harm could have been prevented.

A defective product malfunctioned. A person acted in a wrongful way, perhaps through negligence or medical malpractice. Proper care or warnings were not rendered. The list, unfortunately, goes on. But the result is the same—and it happens far more often than you’d think: Someone trying to do good ends up in a bad, sometimes fatal, situation.

Too frequently, the action comes only after a terrible outcome. In Naples, Fla., for example, a work crew was installing a new traffic signal in late April, at the site where a woman was killed attempting to help the victims of a car accident.

Weeks earlier, that woman—Sandra Micieli, a 62-year-old convenience store worker—had been struck by a car on Radio Road near the intersection of San Marcos Boulevard, while rushing to the scene of a hit-and-run crash. Micieli, who worked at the Circle K store across the street from the accident, had witnessed the wreck, grabbed her manager’s cell phone, and ran to the scene while calling for help. Seconds later, she was fatally struck by a 2007 Honda Civic.

For the families of fallen Samaritans, remedial actions like these bring some comfort—but not justice or recovery. That’s particularly true when the victim helped support the family financially. In those cases, victims and their loved ones have turned to skilled personal injury lawyers for help.

In the case of Dr. Pamela Dickson, she was severely injured rendering assistance to a fellow motorist—injuries that ended her career as a radiologist—she and her family turned to the Miami injury attorneys at Grossman Roth. Whether it is helping victims of defective products, aviation or maritime accidents, or Florida medical negligence, the firm’s attorneys have built a track record litigating for—and winning—compensation for those who have suffered senseless preventable harm.

Dr. Dickson’s trial—which was litigated by Grossman Roth partner Andrew Yaffa in Daytona—was a particularly tragic example of a good deed going horribly wrong. Driving with her 13-year-old son in north Florida, Dr. Dickson noticed a motorist on the roadside, apparently suffering seizures. After stopping to assist the woman, a Dr. El-Annan, her Mercedes suddenly came to life, running over both Dr. Dickson and her son.

Dr. Dickson’s injuries were severe: trauma to her face and head, and a significant brain injury, which has prevented her from returning to her position as an interventional radiologist and professor of medicine at the University of Miami.

After a six-day trial, the Daytona jury returned a verdict of $1.75 million on behalf of Dr. Dickson. It wasn’t the ending she had imagined when she stopped that day to help—but it will let her and her family move on, and past, that fateful event.