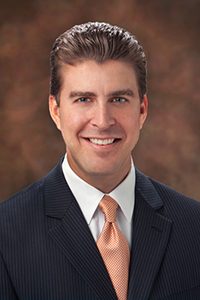 Grossman Roth, P.A. is pleased to announce that Eric T. Halsey will join its team of top trial attorneys.  Eric brings a wealth of experience in tort litigation, including medical malpractice, negligent security, premises liability, auto and trucking negligence, wrongful death, and legal malpractice.  He will be based in the Boca Raton office.

“We are honored to have Eric joining our team,” stated firm co-founder Stuart Z. Grossman.  “His background makes him a great addition and we look forward to sharing many successes together.”

Eric was named a “Rising Star” in the field of Personal Injury law by Superlawyers every year since 2009.  He is admitted to the Florida Bar and the United States District Court for the Southern District of Florida.   Eric is a former president of the Business Networking International Success Link Chapter and is currently a member of the Florida Justice Association, American Association for Justice, and Dade County Bar Association, Young Lawyers Section.  Eric’s wife is a faculty member at Ransom Everglades School and they currently reside in Miami with their two children.