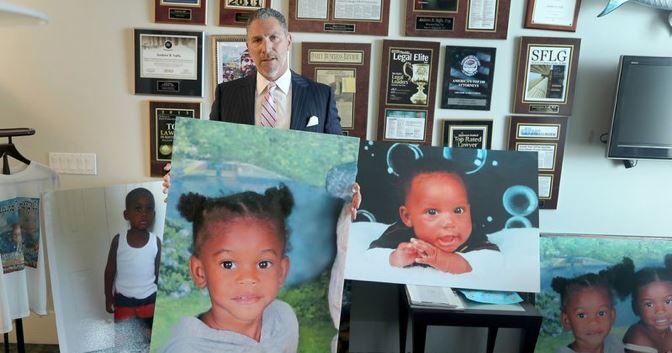 Since 1994, more than 800 children have died from heat-related illnesses in cars in the United States, according to Kids and Cars, an advocacy center that conducts research on car-related dangers surrounding children. In approximately 55 percent of those cases, the parent was unaware the child was in the vehicle.

Andy Yaffa, partner at Grossman Roth Yaffa Cohen, has handled many of these South Florida cases, including that of Haile Brockington.

There is Haile Brockington, a 2-year-old who died in Delray Beach in 2010 and Dominicue Andrews, nicknamed Paw-Paw, who died a year later in Miami as he neared his second birthday.

Then there is Jordan Coleman, a 4-year-old who died a year after that in Sunrise.

In light of the recent loss of Noah Sneed, a 2-year-old child at a school in Oakland Park, Florida, Yaffa spoke with the Sun Sentinel about the cases he’s taken on in the past, and how these hot car deaths can be prevented.

“It breaks my heart that this keeps happening,” Yaffa told the Sun Sentinel. What breaks his heart, even more, is that the deaths could have been averted, he said. “We had a fix in place, but the Legislature did not pass it.”

Read the front-page feature on Sun-Sentinel.com or watch a video of the story.